Maps Reveal Where the Creative Class is Growing

"The rise of the rest" may soon become a reality as once-lagging cities see growth of creative class employment.

One of the most troubling trends of the past decade is the deepening geographic inequality across the U.S., especially through the clustering of particular types of talent in coastal cities like San Francisco and New York. But a growing chorus of economists and urbanists suggest that we may be seeing the "rise of the rest," a result of both increasingly unaffordable housing in established hubs and the improvement of the economies in less-established hubs. While startups and tech employment remain highly clustered, recent reports suggest that some Rustbelt and Sunbelt metros are increasing their ability to attract college graduates.

Todd Gabe, an economist at the University of Maine, and I tracked the growth of the creative class overall and across U.S. metros from 2005 to 2017. We used data from the U.S. Census American Community Survey (ACS), specifically its one-year samples for these two years. 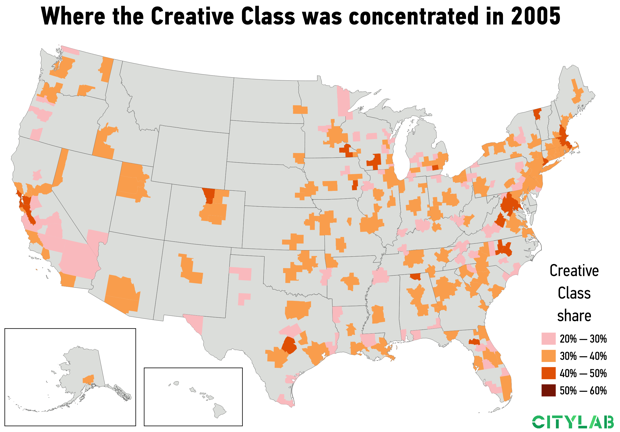 The map above shows distribution of the creative class across U.S. metros back in 2005, while the table below shows large metros (those with more than a million people) where the creative class made up the highest and lowest shares of the workforce.

Back then, the top ten list read like a veritable who's who of the nation's leading knowledge and tech hubs, led by Washington D.C., San Jose, and San Francisco. But Baltimore (with a large cluster of medical and scientific research centers around Johns Hopkins University) and Minneapolis-St. Paul also make the top-10 list, besting bigger metros like New York and Los Angeles.

If small cities were included in the table, then Boulder and Ann Arbor would actually top D.C. as the nation's biggest creative class hubs, at about a 48 percent share. Close behind would be other smaller cities like Charlottesville, Durham, Iowa City, and Madison, Wisconsin. At the bottom are a combination of Sunbelt tourism and service economy centers like Las Vegas and Miami, and industrial metros like Grand Rapids and Memphis.

Now scroll forward to 2017. The creative class now makes up more than half the workforce in the leading metros, and there are substantial changes in the rankings. San Jose tops the list, followed by D.C. and San Francisco, and now Denver and Philadelphia have joined the top ten. 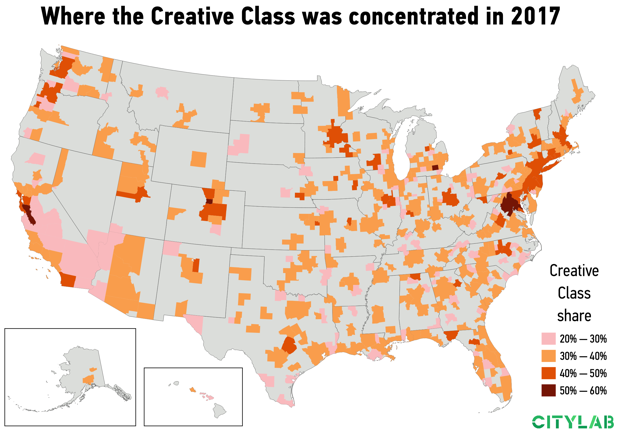 But, where has the creative class grown or declined over this period?

The next map shows the percentage growth in the creative class from 2005 to 2017. A number of Rustbelt and Sunbelt metros which have previously lagged now show robust growth. Salt Lake City posted the fastest growth, with Pittsburgh and Cincinnati next in line. Las Vegas, which had the smallest creative class share of large metros in 2005, also saw significant growth. Of leading creative class metros, only Seattle and Baltimore registered comparable gains. On the flip side, superstar hubs New York, Los Angeles, and Washington, D.C., all ranked among the ten metros with the slowest creative class growth on this metric. 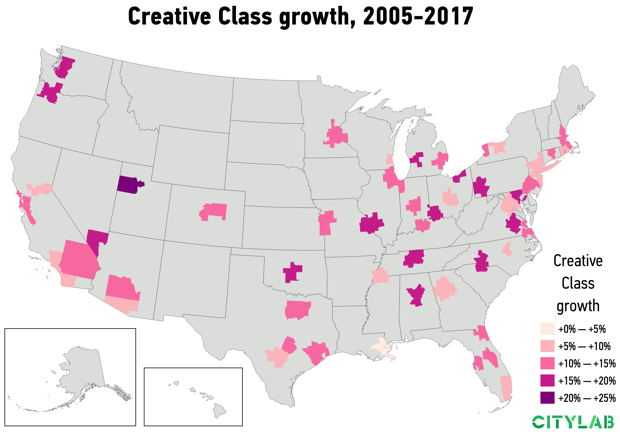 Large Metros with the Fastest and Slowest Growth in Creative Class Shares, 2005-2017

The even better news is that the creative class—which often garners the highest paying jobs—appears to be growing as a percentage of total workforce employment across the board. Across small and large cities, three metros saw gains of more than 20 percent; another 15 saw gains of 15 to 20 percent, and 26 more registered gains of 10 to 15 percent. 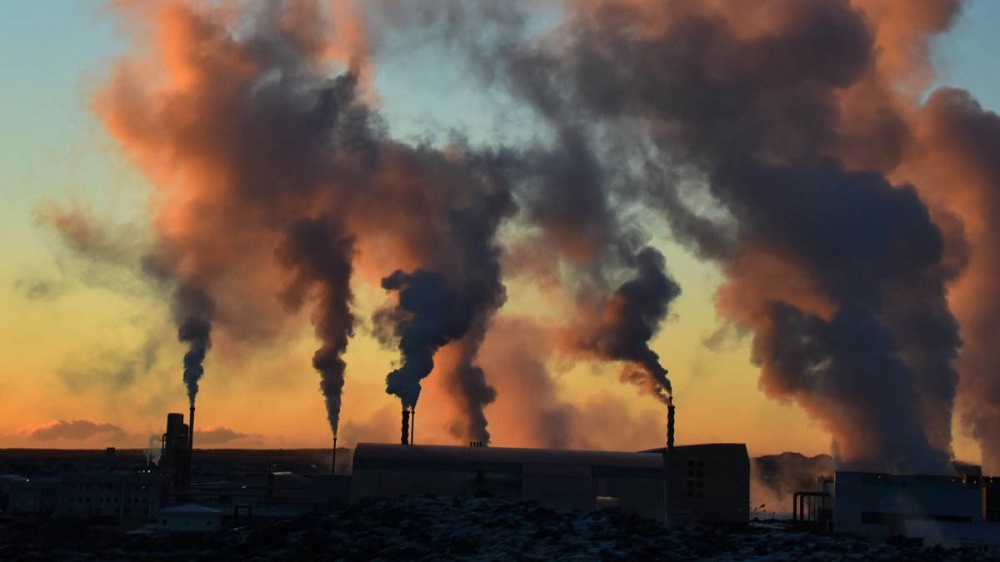 Unless we come together to reduce air pollution, people will get sicker

The low creative-class growth rates for established tech hubs like San Jose and Boston simply reflect the fact that the creative class already makes up such a large share of employment. It's much easier for places like Pittsburgh or Las Vegas to post a faster growth rate because they started out with a much smaller share to begin with. 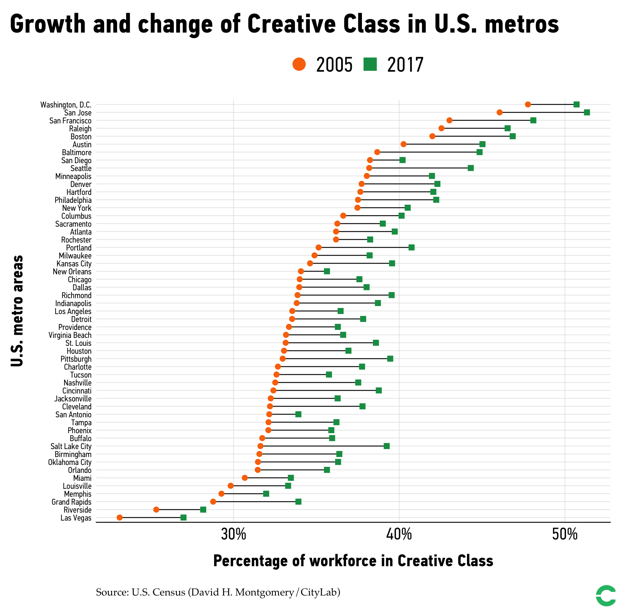 Below, we look at the growth of the creative class controlling for population. Now, established tech hubs like San Francisco and San Jose rise to the very top, along with Salt Lake City and Pittsburgh.

Established tech hubs like San Francisco, San Jose, and Washington D.C., continue to lead the nation in their concentration of the creative class. But Baltimore and Philadelphia also boast high concentrations, attesting to the power of the east coast corridor. The good news is that once-lagging Rustbelt and Sunbelt metros like Pittsburgh, Cincinnati, and Las Vegas have seen substantial creative-class growth over the past dozen years.

The creative class has seen remarkable growth over this time frame, increasing from 44 million members in 2005 to more than 56 million in 2017, as virtually all large U.S. metros saw growth. The rate of creative class growth (27.2 percent) was more than double the growth rate of overall U.S. workforce (13.6 percent) over this period.

We may well be seeing the beginnings of a tipping point in the geography of talent as housing prices continue to rise in superstar cities, while metros in once talent-lagging parts of the country capitalize on the significant cost advantages and quality of life they have to offer.