Race and Underemployment in the US Labor Market

In addition to the number of unemployed (those without a job and actively seeking work), the underemployment rate captures the number of people who work part-time but would rather have a full-time job (called "part-time for economic reasons") and those who want and can take a job but have not looked for work in the past four weeks (called "marginally attached"). These groups make sense to include in a measure of underemployment because while they are not unemployed in the formal sense, they would work more if the option presented itself. While the unemployed are often those readiest to take new jobs, workers who are marginally attached and part-time for economic reasons also stand ready to take full-time employment when employers are hiring. 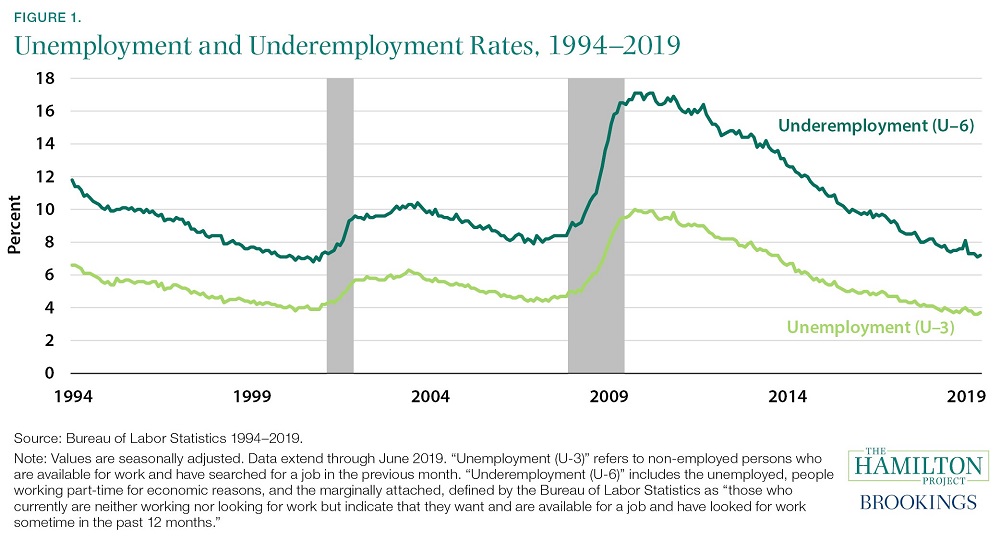 In 2010, after the Great Recession had officially ended, the average annual unemployment rate for black workers was 16.0 percent, compared to 12.5 and 8.7 percent for Hispanics and whites, respectively. The black unemployment rate is typically about twice as high as the white unemployment rate. Economists Cajner, Radler, Ratner, and Vidangos find that observable characteristics such as education, age, and marital status explain relatively little of the gap. Instead, black workers have a much higher risk of losing their jobs, accounting for much of the unemployment rate gap. 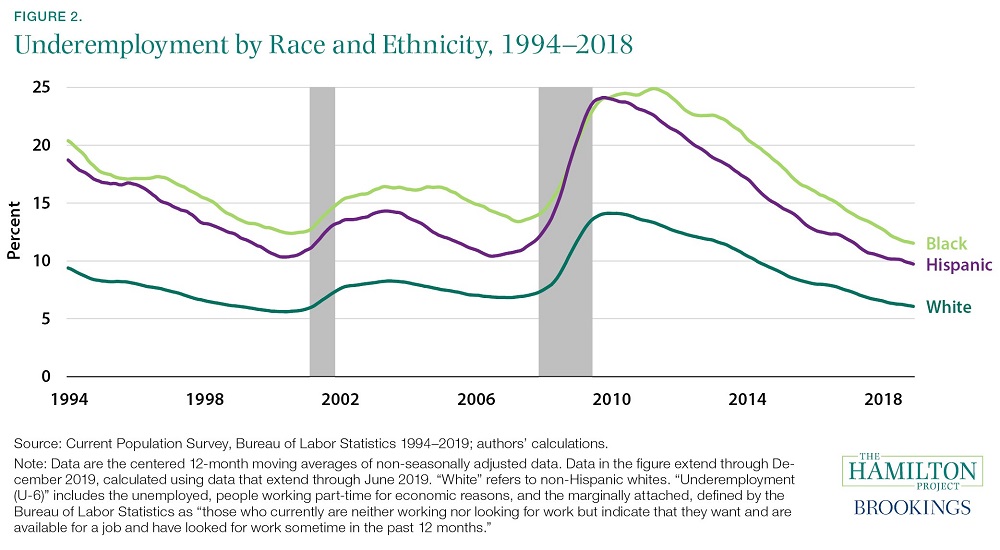 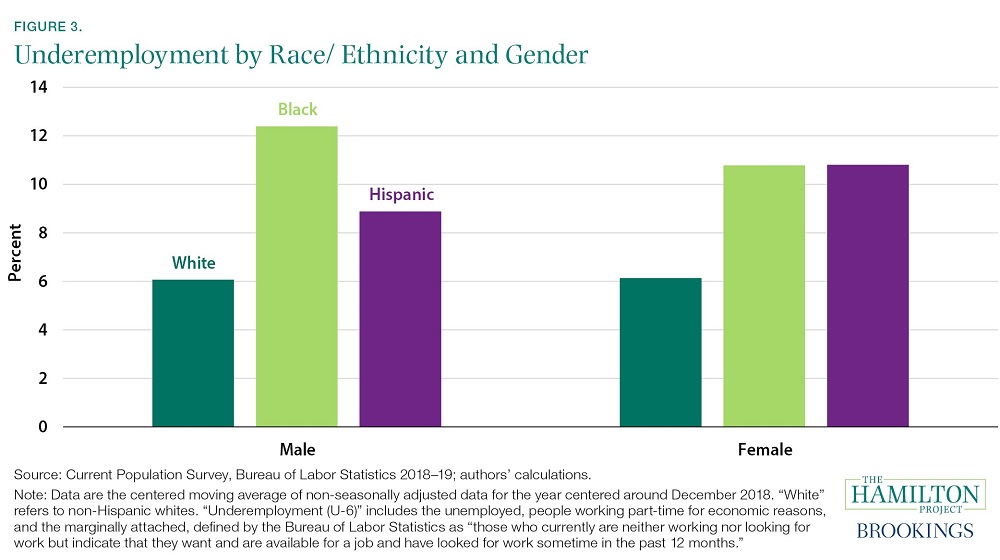 A focus on the unemployment rate alone would have suggested that the labor market experience of black workers was improving in 2010 when the underemployment measure showed deterioration, and an exclusive focus on unemployment would also have missed the particularly sharp deterioration of conditions for Hispanic workers in 2007–8. Examining patterns in underemployment is a partial remedy. However, the Bureau of Labor Statistics does not release a seasonally-adjusted monthly series for individual racial groups making underemployment rates less useful for real-time analysis to understand turning points in the business cycle. Still, much can be learned from these data to better understand how well the labor market is functioning for all workers.

Return to all News Archive